Bleeding Gums in Children: Should You Visit the Family Dentist

Your family dentist is a good source not just for maintaining healthy teeth but for treating gum problems as well. You should emphasize good brushing habits with your children, but do not forget about their gums either. If you notice that your child’s gums are bleeding, you need to consider whether a trip to the dentist’s office is necessary.

The importance of flossing

Regular brushing will maintain strong, healthy teeth. Daily flossing will also promote good oral health. This activity is good for teeth and gums. It removes particles of food, helping teeth appear brighter. It also helps keep teeth free of plaque, which also prevents the buildup of tartar. People who fail to do this can develop tooth decay along the gumline. It is difficult for the toothbrush to reach certain areas of the tooth. Flossing can do this.

What bleeding gums can indicate

Occasional minor bleeding in children’s gums should not be a big concern to the family dentist or to parents. However, when this becomes more prevalent, it could mean there is a larger problem. Often, a person’s gums will bleed because there is plaque on the teeth. This buildup can inflame and irritate the tissue around teeth, eventually causing them to bleed. This bleeding will usually occur when the child brushes their teeth, though it could happen at any time. This is the first stage of gum disease called gingivitis.

The consequences of not treating the issue

When parents ignore this condition, it will not improve on its own. It can turn into a more critical issue called periodontal disease. This condition can lead to bone loss and damage the tissue around the teeth. The gums may become infected and begin to pull away from the roots of the teeth. Eventually, the teeth can begin to fall out.

Bleeding gums might mean the child is flossing too hard or too frequently. Some people’s gums bleed because the toothbrush they are using is not soft enough. It may also have been a long time since the child last flossed. More concerningly, bleeding gums could be a sign that the child has diabetes.

At routine checkups, the dentist will notice that the gums are bleeding. This may happen during the teeth-cleaning portion or when the dentist is examining them. However, parents should not wait until the six-month appointments to express concerns about bleeding gums. If this is occurring frequently and accompanies red, swollen gums, parents should call the family dentist and schedule a time to treat the problem.

If you notice that your child’s gums are inflamed and bleeding regularly, you need to do something about it. Putting off a visit to the family dentist will only lead to more damaging issues. Take your child’s oral health seriously and have the dentist do an examination. If you catch gum disease in its early stages, you can prevent more damage and restore oral health. Call the dental office and make an appointment today.

Check out what others are saying about our services on Yelp: Read our Yelp reviews.

What Is The Most Popular Material For CEREC® Crowns?

Thinking about choosing CEREC® dental crowns? The main benefit that comes with selecting this crown option is that there is no need to make more than one appointment, which means no temporary crowns, as patients can have any crowns they need to be placed on the same day. Choosing an experienced dentist to perform the…

General dentistry treats oral health, functional and cosmetic concerns, and it includes teeth replacement with dental implants. Learning more about dental implants, including what it is, how the process works and who it is for, can help you decide if it is the best way for you to replace missing teeth.All general dentists develop their…

The Implant Supported Denture Process From Start To Finish

Considering getting implant supported dentures to replace your missing teeth? This tooth replacement option offers benefits that other denture types cannot. Read on to learn more about the process.This denture choice is different from other dentures in that it uses dental implants in order to keep the dentures securely in place. This allows wearers to… 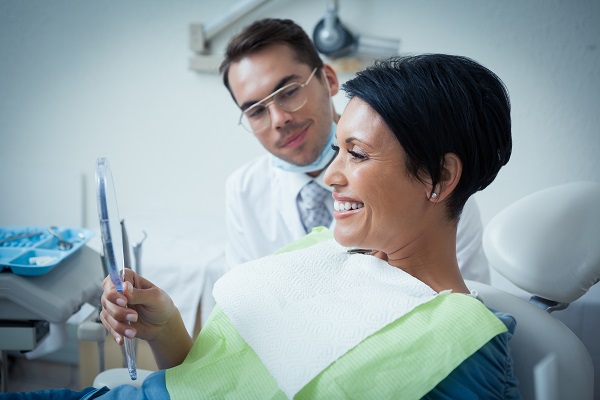 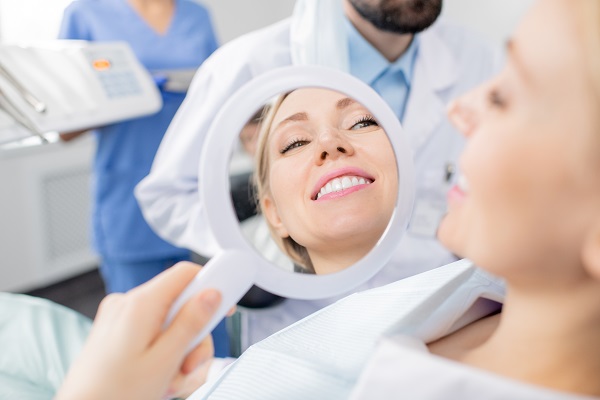 What Is The Most Popular Material For CEREC® Crowns?

Thinking about choosing CEREC® dental crowns? The main benefit that comes with selecting this crown option is that there is no need to make more than one appointment, which means no temporary crowns, as patients can have any crowns they need to be placed on the same day. Choosing an experienced dentist to perform the…